In the mid 1980s and onward to the 1990s, the province suffered the brunt of skirmishes which resulted in the loss of lives and at times, properties most particularly in the countrysides where the majority of Cagayan’s tourism gems are located.

Ironically, the province was on the international map, not as a tourist destination but as one of the hotbeds of a decades-old rebel movement in the Philippines. Propaganda war between the two forces was at its height.

Even the most modern agricultural research center outside of Los Banos, Laguna, the Cagayan Integrated Agricultural Development Project(CIADP) in Iguig, Cagayan, courtesy of Japan International Cooperation Agency (JICA), was not spared.

While the government tried its best to win back some of the influenced or infiltrated barangays from the clutches of the Reds in Cagayan countrysides, other regions started to build their tourism conglomerates. Even a river in the Visayas suddenly became the toast of tourist with its river cruising while another became popular with its dolphins.

But Cagayan, particularly the Babuyanes group of islands, is the feeding and breeding grounds of the biggest number of dolphin species in the country at 14 plus humpback whales as reported by the World Wildlife Fund. Boracay was rising. Sand dunes of Laoag became the site of Hollywood movies and Palawan took the fancy of globe-trotting travelers. Vigan (Ciudad Fernandina), the fourth city founded by the Spaniards after Lal-lo (Nueva Segovia) suddenly reclaimed its historical rights and became City of Vigan.

Despite the tourism bounties of its plains, forests, rivers and the seas ready for development, the Cagayano could only heave a sigh of uncertainties. Whether the local government admits it or not, tourism development in this part of the country was stalled, according to key tourism players in the province.

In 1995, the Cagayan Special Economic Zone Act, or RA 7922 was approved to create growth stimulus in Northern Luzon, Cagayan in particular.

The once-sleepy town of Sta. Ana, Cagayan where the Zone was established awoke from a sudden economic splurge never seen before. 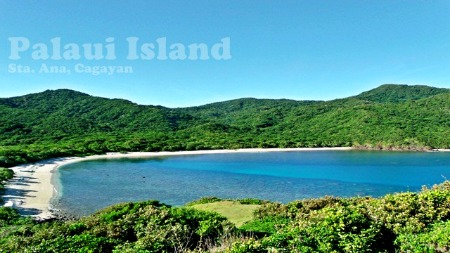 In 2011, the Regional Development Council in Cagayan Valley reported the improvements in the tourism sector. It said the improvement of the infrastructure support services at the Zone and the construction of new hotels, accommodations and restaurants have boosted the industry in the region.

Regional Tourism Director Blessida Diwa claimed that these developments resulted in a dramatic increase of tourists arrivals in Cagayan. In fact, the Tuguegarao Domestic Airport caters to twice a week direct flights from Macau.

Admittedly, the opening of online gambling contributed to the increase in tourism revenues, she added.

Diwa and the rest of tourism players claimed that at no time since the 1970s have there been a more aggressive and comprehensive tourism promotions for the province than in the last five years.

In fact, the efforts of the Zone made it possible for the unprecedented influx of local and foreign tourists.

Jocelyn Taylor, owner of the Jotay Resort and treasurer of the Santa Ana Hotel Accommodations Resorts and Restaurant Association (SAHARA) and a pioneering locator at the Zone said almost all of tourism-related establishments in town never had it good.

Even CNN took notice and proclaimed the beaches of Palaui Island in Sta. Ana town as one of the Top 10 best beaches in the world in its 100 list last year. That was before the Zone management and the producers of reality show, “Survivor” inked an agreement to shoot its latest edition for a good six months last year.

Earlier, Jose Mari Ponce, Chief Executive Officer of the economic zone was optimistic the foreign tourist arrivals will tremendously increase with the scheduled opening of the Cagayan International Airport in Lal-lo town this year.

The tourism department in the region reported that local government units will not take such developments sitting down.

In fact, the smallest in terms of land area, population and income and the youngest municipality, Sta. Praxedes, a good 20 minutes ride to Sta. Ana, has staged for the last two years an eco-tourism festival of national importance. “We’re out to prove that despite our limitations, we can give other destinations stiff competition in eco-tourism,” Sta. Teresita Mayor Lolita Garcia said.

For Trevor Taylor, a British national and husband to Jocelyn, Cagayan should now brace for more tourist arrivals.

Despite the odds, Taylor said Cagayan is finally catching up.

The stage for the re-emergence of the province has just been set. (ALM/Benjie S. De Yro/PIA-2)