Birdwatching in Philippines Draws Optimism in the Country

Birdwatching in Philippines experienced by Philippine Department of Tourism Secretary as he expressed extreme confidence that the art of birdwatching will be the wave of the future as he tries to be “de-virginized” in this new field of endeavour in tourism.

This was the announcement made by Regional Director Ronaldo Tiotuico of the Central Luzon regional office as he accompanied the DOT secretary in his first-ever on-the-job training in birdwatching in Bataan and Subic Bay Freeport.

The secretary said that he was so elated by the efforts exerted by the Wild Bird Club of the Philippines led by its president Mr. Michael Lu including Recreational Outdoor Exchange (ROX) and the Philippine Convention and Visitors Corp. (PCVC) in creating awareness of birdwatching in Philippines, particularly in Balanga City, Subic Bay Freeport, Candaba in Pampanga, and Bani in Pangasinan.

To emphasize the value of this new learning experience, the secretary launched Volume 1 of the book entitled Birdwaching in Philippines in September this year which was put together by the group of writers and bird enthusiasts led by writer Carlos Libosada Jr., Robert Alejandro, Arnel Telesforo and WBCP president Michael Lu as consultation

As if to fan the flames even more intensely, he stressed the fact that the tourism department will play host to the 1st International Birders Convention to be held in Balanga City in October next year. 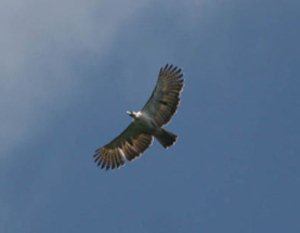 The secreatary expressed his commitment to make Central Luzon the birdwatching in Philippines capital of the country. He cited the reasons why;

Balanga City is an attractive stop-over for migratory birds as the Bataan Peninsula lies in what is known as the East Asian Australian Flyway. Three villages (barangays) of Puerto Rivas, Tortugas and Sibacan are the most popular stop-over and feeding grounds for thousands of migratory birds that include gulls, terns, herons and egrets. Balanga City offers great opportunities for bird photography and learning experience in natural history.

In Subic Bay Freeport alone, there are at least three areas that make for great birdwatching in Philippines and where one may encounter the most number of birds like raptors, parrots, coucals, malkohas, woodpeckers, pigeons and hornbills. These areas are: Hill 394, Nabasan area and Triboa. Although birdwatching is possible almost anytime during the year (except during heavy downpours), the best time to do this here is during the months of February to May.

Candaba Marsh in Pampanga is 32,000 hectares of wetlands and is the first protected area where migratory and endemic birds flock by the thousands. The wetland is a wintering area for wild birds usually from the months of October to April. There are about 60 bird species which include Philippine duck, garganeys, northern pintail, northern shoveler, herons and egrets. Newly discovered species in the area now include eurasian spoonbill, and the black-browed reed warbler.