Mayor Lolita Garcia has described the activity as much bigger, more colorful and events-filled festival as birding, the identification and observation of wild birds in their natural habitat as a recreation, will highlight the event which, according to the Department of Tourism (DOT) in the region. is the first and only one of its kind in Northern Luzon.

She said the municipality has scheduled a four-day bird-watching activity within Bangalao Lake erstwhile known as Laguna De Cagayan, while a float parade depicting the various bird species in the area will be showcased during the fifth day.

The lake is home to more than 25 migratory birds earlier identified by the Sierra Madre Outdoor Club (SMOC) of Cagayan, pioneering conservationists in Northern Luzon.

According to ebonph.wordpress.com, the Philippines is one of the best birding destinations in the world where 30 percent of its avian biodiversity is endemic. It cited loss of habitat as a serious threat to the survival of the birds.

Haribon.org.ph said the Department of Environment and Natural Resources has released a list of vulnerable, endangered and critically endangered threatened birds in 1998, 2004 and 2012 through Administrative Order 2004-15 to determine the trend of the present threat.

Garcia added that to keep up with this year’s theme “Birding Frenzy in February, Protecting Biodiversity, Preserving Nature’s Beauty”, participating schools are all set for a street dancing showdown on bird’s movements as the center of the choreography. 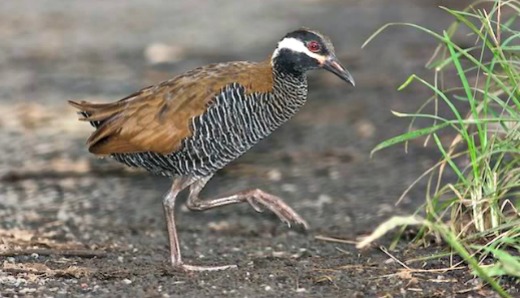 Birds of the Philippines

Since 2013 when the first festival was held, the municipality has focused on their various caves and lake which have already attracted local and international spelunkers and explorers due to their unbelievable number, awesome depth and length as reported.

Recently, a seven-nation Northern Luzon International Caving Expedition conducted a four-day mapping and exploration of 33 various caves in the municipality for possible inclusion in a book on world caves targeted for publication next year.

Team leader Michael Leumanns, a German national said he might likewise organize a team in his country for another expedition in Sta. Teresita for next year’s 4th festival edition.

“We simply want to make a difference in our conservation efforts and likewise to push our town onto the tourism map of the Philippines, if not the world, as we offer our lake, caves and of course the birds,” Garcia said.

Carved out of the former barangay of Buguey, Sta. Teresita became a separate town in 1963. (ALM/BSY/PIA-2)