In a statement, the Department of Foreign Affairs said the winners from various travel industry categories were selected based on a consumer survey done by the news daily, in partnership with Shanghai QQ.com, one of the biggest social media platforms in China.

Other winning international destinations with individual citation included Switzerland, Hong Kong, New Zealand, Canada, France, United Kingdom and South Korea, which emerged as the most popular destination for the Chinese.

Last year the Philippines won the “Most Romantic Destination” award given by the Shanghai Morning Post. 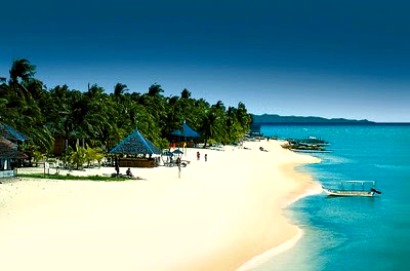 The award is an affirmation of the strong market performance and brand recognition for the Philippines as an exciting and fun destination for the ever growing Chinese outbound travelers.

Based on the Department of Tourism’s Visitor Arrival Report, Chinese arrivals to the Philippines reached 365,905 as of October 2013, with year-to-date growth rate of 70% compared to same-period figures of 2012. The increase was achieved despite the weather-related catastrophes which affected travel to the Philippines last year, particularly the earthquakes in Central Visayas in October, and super typhoon Yolanda (Haiyan) in November.

Apart from the aggressive promotion of the “It’s More Fun in the Philippines” campaign and the market’s growing preference for the Philippines for both business and leisure travel, the continuing increase in Chinese arrivals is also attributed to the strategic cooperation with key Chinese travel trade and media partners which resulted in the expansion of air access between the Philippines and China.

There are now numerous direct flights from different cities in China to the country’s favorite destinations such as Boracay, Clark, Laoag and Cebu through Air Asia Zest, Airphil Express, Cebu Pacific, Seair and China Southern Air.

Furthermore, plans are underway to open chartered flights to Legazpi, which will be anchored on Misibis Bay, and Puerto Princesa and Bohol.

Access to Gateway Manila was also enhanced in 2013 with the opening of Philippine Airlines’ five-times-a-week flights out of Guangzhou in July, and China Eastern Air’s daily flights out of Shanghai in October. (DFA)