US magazine National Geographic has listed the pink sand beach on the Great Santa Cruz Island in Zamboanga as among the best beaches in the world.

Lovato cited how the beach claimed to fame for its “blush color” which “comes from billions of pieces of crushed red organ-pipe coral, seen in every handful of sand.”

She also pointed out that the number of visitors to the island is regulated, and suggested readers who want to see the island for themselves that they should make advanced arrangements through the tourist office in Zamboanga.

Last December, Department of Tourism (DOT) Secretary Wanda Teo visited the island to see the pink sand beach for herself and assure tourists that tourism in the Zamboanga Peninsula is safe regardless of the old stigma attached to its name.

“I personally came here because I want people to know that because ‘the Secretary of Tourism was here’, the more they should come here. I would like to show the world that Zamboanga is safe,” Teo said.

The island is a 3,425-hectare marine reserve which is believed to be bigger than the country’s 24/7 party island, Boracay. It used to be operated by the TIEZA until it was turned over to the Zamboanga City government in 2011. 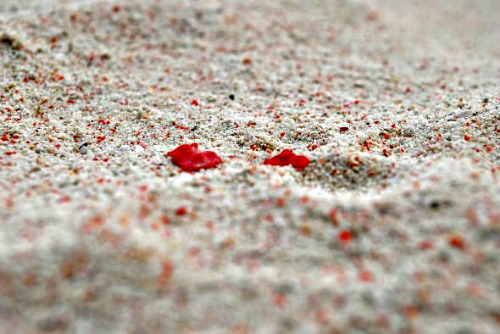 Other islands on National Geographic’s best beaches in the world list include: