Never failing to impress tourists with its picture-perfect view, Boracay was named the best beach in Asia by the world’s largest travel website, TripAdvisor in its 2015 Traveller's Choice Awards.

Boracay’s White Beach to be specific, received the top rank for its “calm, warm waters, gently sloping sand,” which the site described as “very relaxing” and “possibly the most beautiful beach in Asia.”

The site also noted that the best time to go to Boracay, which has also been dubbed as Asia’s 24/7 Island, was during peak season on the months December to May.

Also making it to the list of best beaches were the Yapak Beach (Puka Shell Beach) also in Boracay, Aklan ranking fifth and the Secret Lagoon Beach in El Nido, Palawan ranking 16th.

The Department of Tourism (DOT) on its official Facebook and Instagram accounts, meanwhile, welcomed the country’s newest achievement.

“What makes this recognition significant is because the list of award-winning beaches is determined based on the quantity and quality of millions of traveller reviews and ratings for beaches on TripAdvisor, gathered over a 12-month period,” the DOT said.

“Summer in the Philippines is coming fast and make sure Boracay is on your bucket list,” it added.

The full list of ‘best beaches in Asia’ are as follows: 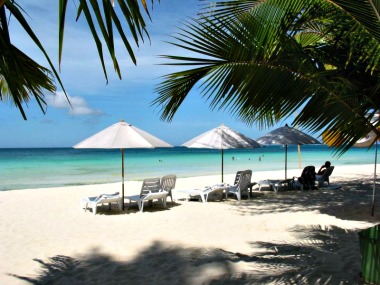