Marveling at the potential of this Freeport to become an Asian cruise destination and tourism hub, visiting officials from various cruise terminals in Asia predict that Subic Bay will have a key role in making the region the next cruise ship playground.

Officials from the International Cruise Terminal Development Co., Ltd., which oversees the world’s largest port, China’s Shanghai Wu Song Kou port, joined delegates from Singapore, Japan, Malaysia, and the Philippines to attend the second ACTA Pro-Tem committee meeting inside the Freeport in preparation for the formal launching of the Asian Cruise Terminals Association (ACTA) in November.

The Pro-Tem committee acts as an interim committee which oversees ACTA before its formal launch. The meeting was held to ratify the previous agreements that were made during the first Pro-Tem meeting in Singapore.

“It’s marvelous! It’s great to be able to disembark passengers and have a short walk to the shore. I think (Subic) would make a great destination,” said Christina Siaw, chief executive officer of Singapore Cruise Center.

“When it comes to Asian cruising, it’s not just what the terminal has to offer, but what the destination has to offer in terms of tourism, and I think Subic and all of the Philippines have a lot to offer,” she added. 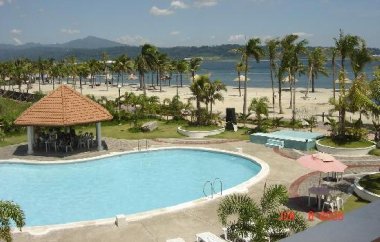 Siaw said she instantly saw the potential of Subic as a perfect cruise ship destination citing the facilities in this free port, its deep harbor, as well as the tourism destinations in the surrounding areas.

“I’m very impressed with the warm hospitality of the people here, and how clean, green, and wonderful everything is,” said Siaw, who admitted it was her first time to visit Subic.

Siaw also noted the natural attractions, the warm weather, the people, and the local culture as Subic’s major assets to attract cruise liners. In the meeting with SBMA officials, Siaw also explained the reason why Asian ports have decided to create ACTA.

“The whole purpose of the association is to promote cruising in Asia. What we are trying to do is to tell cruise lines to bring their ships to Asia and give them good reasons why they should bring those ships in,” she said.

Siaw added that Asia needs to be developed into a cruise ship destination, since the cruise ship markets in the United States and Europe are already saturated.

“In five to 10 years, there would be about 70 million cruise passengers between India and Asia, and that’s a very big potential market,” she said.

SBMA is one of the founding members of ACTA. When asked about Subic’s role in the association, Siaw said that this free port will be a key contributor because of its initiative, its pro-business environment, and its smart marketing.

During the visit, Siaw and the other Asian cruise port officials toured Alava Pier, the proposed cruise-ship terminal here, and some of the top tourist spots in Subic.(WLB/Allen M. Villa-PIA 3/SBMA-PRD)