​Wonders of history, nature and culture abound in Southeast Asia and are increasingly attracting visitors from both within the region and further abroad.

The hustle and bustle of urban life has ushered in a new era of prosperity, convenience and unparalleled economic opportunities to many millions of city dwellers across the continent and beyond.

Amid such modernization, there's an increasing need for urbanites to touch with green spaces where they can refresh their spirits, alongside family and friends during valuable time away from their regular duties.

For this reason an increasing number of travelers are finding themselves exploring the wonders that tropical Southeast Asia has to offer.

Getting in touch with nature and the leisurely pace and rich culture of rural lifestyles are just some of the benefits for those visitors willing to explore a little further than the well-beaten tourist trails in the diverse region.

Rare and wonderful plant and animal species can be seen in a wide variety of habitats spanning mountain ranges, river valleys and coastal shores.

Visitors are finding increasing levels of comfort and accessibility as regional transport connectivity improves via air, sea and land, as a result of improving infrastructure and enterprise.

Aiming to hasten this development and ease of movement between natural attractions across the region is the Association of Southeast Asian Nations (ASEAN) Ecotourism Forum being held in the southern Lao center of Pakse.

The forum brings together ministers responsible for tourism from across the 10-member group as well as collected expertise from China, Japan and the Republic of Korea, three major markets with increasing potential for ecotourism the region is keen to tap.

Speakers from institutions such as the World Wildlife Fund, the Adventure Travel Trade Association, the Asian Development Bank, the Wildlife Conservation Society, and Birdlife International will attend the forum alongside representatives of sector operators and regulators from Europe, Latin America and the United States.

The forum will deliberate on the theme: "ASEAN Without Borders: Roadmap for Strategic Development of Ecotourism Clusters and Tourism Corridors" and is expected to result in the "Pakse Declaration on ASEAN Roadmap for Strategic Development of Ecotourism" being adopted, to help get visitors to sites across the region more smoothly and effectively to better share the benefits of the growing market. 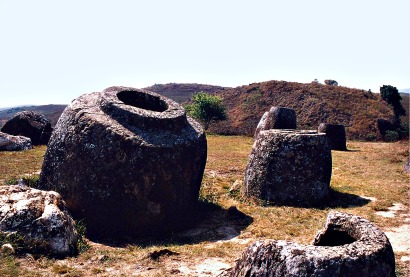 The confab comes as eco-tourism sector operators seek to increase their share of leisure travel spending in Southeast Asia, which generated a total of USD158 billion in 2014 and is projected to rise to some USD285.5 billion by 2025, according to a 2015 World Travel and Tourism Council (WTTC) report.

Among the many and varied participants, host Laos is one of the countries best-placed to benefit from both improved connectivity and growing market for leisure travel comprising natural locations.

The least-developed country (LDC) is sparsely populated compared to its neighbors with just an estimated six and a half million person population yet welcomed some 4.6 million international arrivals, according to official figures for 2015.

The relatively small size belies an incredible richness of landscape and culture, from the Mekong riverside, to the untamed jungles of the Annamite Cordillera, home to species including the iconic Asian elephant, curious pangolin, as well as the rare and elusive tree-hopping gibbon.

The country also boasts more than the occasional waterfall including Khonepapheng, one of the world's largest by width according to the World Waterfall Database, at an incredible 10,783 meters wide, nearly double its nearest competitor, the Para on the Rio Caura in Venezuela, at some 5,608 meters.

Just up river the nearby Siphandone (meaning 4,000 islands) sees the Mekong spread out and slow its pace to a most relaxing flow with islets pocked by palms and bamboo groves moving at a leisurely speed that is nothing if not contagious.

Nature also abounds near the country's historic sites, including the UNESCO World Heritage Listed Angkorian era Wat Phou and the famed northern city of Luang Prabang, close to the coffee plantations of the fertile Bolaven Plateau and turquoise cascades of Kuang Si respectively.

The country is aiming to add its historical recognition with proposed UNESCO listings for the mysterious Plain of Jars and Stone Pillar Mountain (Phou Hin Nam Nor) as well.

The latter's striking geography of 82,000 hectares is traversed by rivers and caves, peaking in Tad Konglor, a 7 km long underground stretch of the Xe Bang Fai river with an impressive light show at its heart and rare animal and plant species along its periphery.

The popular town will promise even more when it's connected to the Lao-China railway now under construction and part of a planned rail link from Kunming all the way to Singapore, that will bring millions of people closer together.

Such initiatives along with improved roads, smoother visa and cross-border movements and improved peer-to-peer links between sites in different countries of the region, are seen as key to unlocking the vast potential of ecotourism, bringing joy to travelers and creating useful and sustainable employment opportunities for rural and remote communities, as they seek to improve their lives and livelihoods in harmony with the preservation of their rich cultural and natural heritage. (PNA/Xinhua) Steven Cleary, Zhang Jianhua JMC/EBP