For both local and foreign tourists, scuba-diving is not merely an underwater activity enjoyed occasionally but another way to get in touch with their marine friends.

German marine biologist Victoria Liles said that she finds herself in an entirely different realm each time she hits 40 ft. to 60 ft. deep underwater off the coast of Anilao in Mabini town, Batangas.

“When you see fish species you’ve never seen before, I can’t exactly describe the excitement and energy that come with it. It’s a great feeling,” Victoria, who owns and manages the Granada Beach Resort in Boljoon, Cebu, said.

She and husband Chris, of Portland, were among the participants of the 4th Anilao Underwater Photography Shootout sponsored by the Department of Tourism (DOT).

Chris meanwhile described his diving experience in Anilao as “surreal”, noting that he has had about 6,000 dives worldwide but continues to find sea creatures he has never seen before.

He noted the proximity of Mabini town to Isla Verde Passage, known as the Ground Zero for the diversity of marine subject, as well as the differences between diving in Anilao and Cebu.

“I was quite surprised to see the differences with Cebu, which is a very pretty island but it’s not as jungle-themed as it is out here. Though we have some great diving sites in southern Cebu, we don’t have the critters that you find in Anilao,” he added. 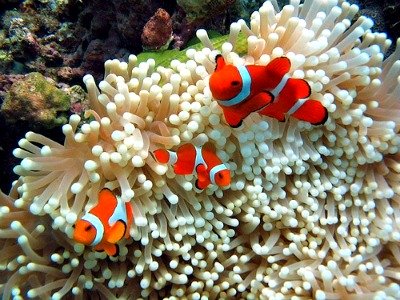 DOT Undersecretary for Public Affairs Kat de Castro, who is a certified diver herself, has been tasked to further promote the Philippines' scuba-diving destinations, and at the same time, advocate environmental conservation.

De Castro noted the Liles couple competed with 131 divers from 17 countries and local diving aficionados from all over the archipelago in the five-day underwater photo contest.

“We want to offer our visitors a Philippine experience beyond the usual fare of sun-and-beach. There’s an entirely distinct world to be discovered in deep-sea diving, which is very enlightening and challenging,” de Castro said.

At least 36 entries won awards in various categories, including DOT Photographer of the Year awards for Yoshio Osawa (compact class) and Dennis Corpuz (open class) for their originality and composition in showcasing the bursting underwater life.

Filipino actor Richard Gutierrez, who has been diving for about 10 years, topped 100 competitors in the marine behavior (open class) category and also placed third in the fish portrait category.

He said that it was not only great to see the beauty of marine life in Anilao but also meeting divers from all over the world.

She meanwhile stressed the need to ensure tight measures for conservation to protect the country’s underwater treasures.

The area was declared as a marine reserve by the Philippine Tourism Authority (now Tourism Infrastructure and Enterprise Zone Authority) in 1999.