Legazpi Prepares to Host International Tourism Summits in May

“We are closely coordinating with the regional office for Bicol of the Department of Tourism (DOT) based here in making every detail of our preparations at its best because these events expect the attendance of hundreds of dignitaries representing various countries that are members of UNWTO,” City Mayor Noel Rosal on Wednesday said.

The UNWTO is the UN agency responsible for the promotion of responsible, sustainable and universally accessible tourism as a driver of economic growth, inclusive development and environmental sustainability. It also offers leadership and support to the sector in advancing knowledge and tourism policies worldwide. Apart from 156 member-states, its membership includes six associate members and over 400 affiliate members representing the private sector, educational institutions, tourism associations and local tourism authorities.

The preparations include security details to be provided by the local police office, the venue which is the posh Oriental Hotel located atop a hill facing the iconic Mayon Volcano and overlooking the city, emergency medical provisions, transportation and traffic management, among others, Rosal said.

According to DOT Regional Director Maria Ong-Ravanilla, the CSA/CAP Joint Commission meeting is UNWTO´s principal annual event in the Asia-Pacific Region, attended last year by representatives from UNWTO member-states, in addition to some UNWTO affiliate members and international and regional organizations, including the World Federation of Tourist Guides Association (WFTGA) and Korea Tourism Organization (KTO).

This year’s one key item on the agenda of the Joint Commission will be a debate on air connectivity in the Asia-Pacific region, she said.

Ravanilla said the delegates will start arriving here on May 17 wherein they will be accorded with a welcome reception at the Misibis Bay Resort, a private tropical hideaway built on a pristine stretch of beach along the southern tip of Cagraray island in Bacacay, Albay, which is considered as the luxury island playground in the Philippines.

The first day (May 18) will be focused on thematic discussions on air connectivity in the Asia-Pacific region as well as on the nomination of a candidate to represent the UNWTO-CAP in the Committee on Tourism and Competitiveness, among others in the program, she said.

The second day will be for the UNWTO-ASEAN International Conference on Tourism and Climate Change wherein Pres. Benigno S. Aquino III is expected to deliver a keynote address in the opening program. 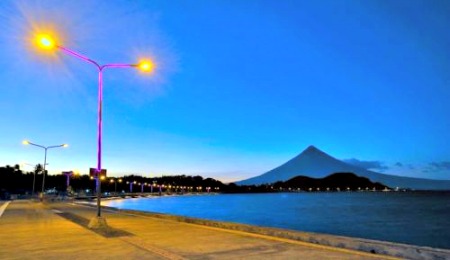 Topics to be discussed in this conference include New Realities of Tourism in an Era of Global Climate Change to be tackled by Dr. Rebecca Nadin, Director INTASAVE Asia Pacific; and Tourism’s Response to Climate Change: An Examination of Tourism-Related Initiatives in Asia and the Pacific by Dr. Andy Choi of the University of Queensland, Australia.

Other topics are Climate Change as a Major Crisis Event: Implications for a Tropical Nature Based on Destination to be discussed by Prof. Bruce Prideaux, School of Business, James Cook University, Australia; and ASEAN Framework, Parameters and Approaches on Tourism Responding to Climate Change by H.E. Le Luong Minh, ASEAN secretary general.

The Role of Travel Agency in Tourism Risk Management will be handled on the same day by Yoshinori Ochi, Director of the Board and Secretary-General, International Affairs, Japan Association of Travel Agents (JATA).

Managing Aviation and Tourism Policies: Lessons Learnt for Climate Change will be discussed on the third day with a special presentation by Khorshed Alom Chowdhury, chairman of the Bangladesh Tourism Board to be followed by Consumer Behavior and Tourists Responses to Climate Change by Prof. Martin Lohmann, University of Luneburg – Leuphana, Germany.

Before the end of the third day, Glaesser will present the Legazpi Declaration on Tourism´s Response to Climate Change which the UNWTO will officially adopt, Ravanilla said.

After the closing of the conference, she said, all delegates will be ushered to a technical tour at the Ligñon Hill and the Legazpi Boulevard, and experience ATV (all-terrain vehicle) rides.

Ligñon Hill is a 156-meter peek near the Legazpi Airport that offers a 360-degree view of the Albay Gulf, the entire landscape of the city’s urban and rural centers, the historic Municipality of Daraga and the entire edifice of the volcano.

Legazpi Boulevard is a four-kilometer stretch of wide concrete road bordering the long beach of Albay Gulf and serving as an artistic milieu for physical fitness activities that is well-lighted at night, clean, easily accessible, secure and free from air pollution.

Tourists have learned to love this boulevard as much as they love all other local wonders, both man-made and natural, which make Legazpi known today in the tourism world as the “City of Fun and Adventure.” An ATV ride is a one-of-a-kind adventure that includes a nine-kilometer going to the lava front of Mayon Volcano from the foot of the Ligñon Hill. (PNA) Danny O. Calleja/CTB/FGS/CBD/SGP